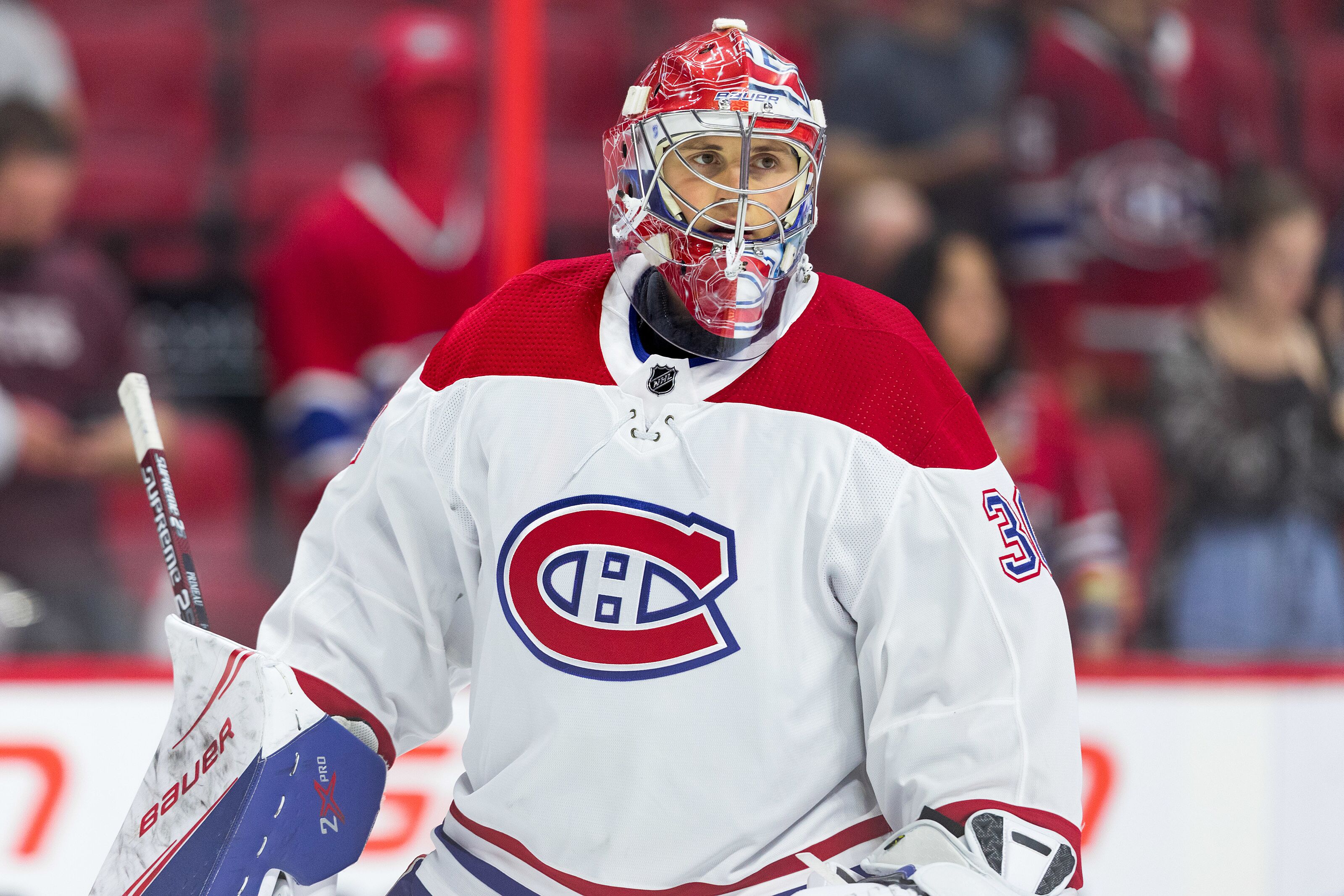 Cayden Primeau is the new backup for the Montreal Canadiens, yet it’s hard not to consider the other motives of calling him up so soon into his pro career. And perhaps they’re Taylor Hall flavoured.

Before we begin here, I want to make a few things clear. Firstly, I’m not on the hunt for controversy, and it’s not my intention to dump on a milestone moment for Cayden Primeau as his dreams have come true of playing in the NHL with the Montreal Canadiens. Secondly, I have no inside information, nor am I trying to push a narrative I want to happen. I am merely asking a question, a somewhat loaded question, but a question nonetheless.

The Montreal Canadiens lit a medium-sized blaze Monday on social media after placing Keith Kinkaid on waivers while recalling Primeau. Kinkaid hasn’t put up the numbers management expected to, and according to head coach Claude Julien, he’s in need of a confidence boost.

Therefore, Kinkaid goes down the AHL to get some starts with the Laval Rocket while Cayden Primeau gets the call to back up Carey Price.

When considering the other recall option in Charlie Lindgren, the Habs brought up the better goaltender. Primeau’s overall record and save percentage is superior to Lindgren’s, but a part of me still felt that the older netminder would get the assignment.

It’s hard not to see that Primeau is the future of goaltending for the Montreal Canadiens. He was a late-round pick who several teams passed on numerous times and proved during his time at Northeastern University that they all made a mistake. However, the future and present of goaltending in Montreal is still Price.

Next: The Future
Next1 of 4Prev post
Use your ← → (arrows) to browse
Load Comments
Event Tickets
Powered by StubHub
Top Stories